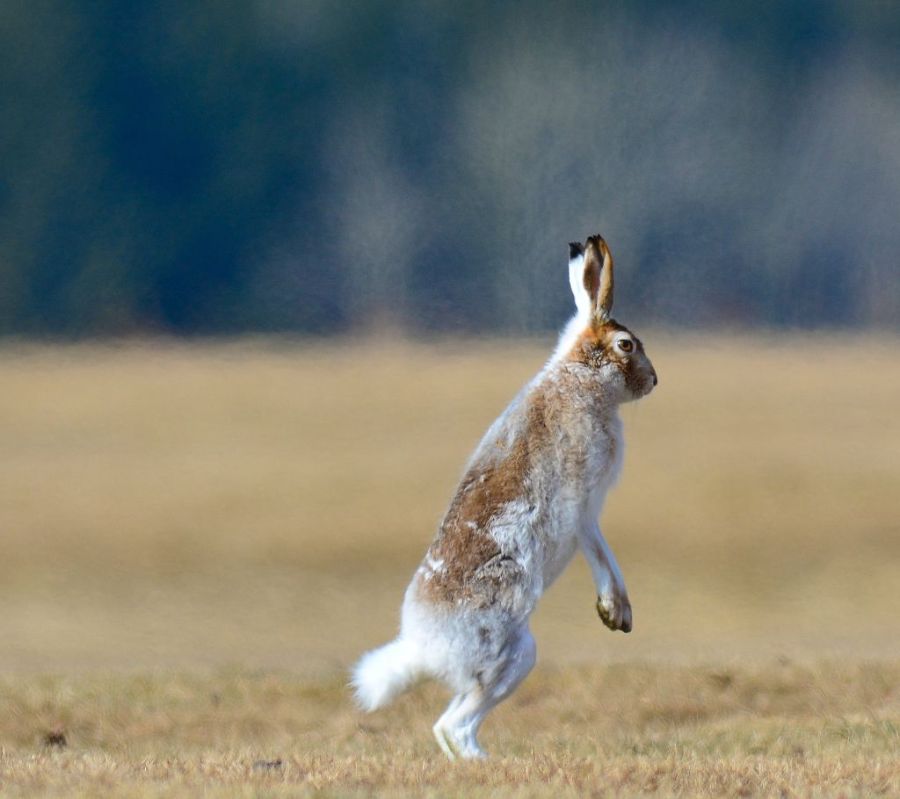 I zipped up a light sweater instead of changing my top which showed a glimpse of cleavage. Then, Lisa and I headed from our hotel to the homeless shelter. I told her I tucked a twenty dollar bill in my pocket for a donation.  I figured we wouldn’t be able to volunteer at this late hour. But, we’d go and see what it was all about, anyways.

I pointed out the building when we got closer. We hugged the curb edge of the overpass, and hiked up the hill on the barren grass pocketed with large holes in it. Gopher holes? Something that looked like a miniature kangaroo jumped by, startling me.

“What the heck was that?” I thought an animal escaped from the zoo.

We reached the top of the overpass only to find a chain link fence totally securing that side of the shelter. I called out to a man, “How do we get in?” He waved his hand past me.

We descended the hill and noticed a sidewalk leading in a long winding path upwards. We climbed to the top and learned it continued downward but didn’t lead to the shelter, either.

“I think we have to go under the overpass, Lisa.”

The underpass was the place my friend, Jean told me people avoided. “There are two of us”, I told myself. “It will be okay.”

We slowly approached the underpass. People were in singles and groups of two. I saw an animal peering over the ledge of the overpass.

“Wait, Lisa. I want to get a photo!” The animal looked curiously at us- and so did a homeless man in his early 50’s.  I took a few pics of the animal while Lisa asked the man,” What is that?”

He told us, “That’s a gopher! When I was a farm boy back in Saskatchewan, we’d shoot ‘em!”

Lisa asked him,” A penny for a tail?”

He eyed us curiously. We didn’t look like we fit in. “What’s your story, pretty ladies?”

I told him I work in a homeless shelter back in Ontario. And that the two of us wanted to check this place out. “I’m Rita. And this is my sister, Lisa.”  I shook his hand and he told us his name was Wade.

Wade was tall and fit, with startling blue eyes. Eyes are a window to the soul and what I saw was a good soul. Lisa recalled Wade’s appearance in better detail for me. A rugged, weathered face and a gap-toothed smile. Wavy brown hair on the verge of being too long and unkempt. Wore a black ball cap with the name of a former employer on it. Wore clothes fairly clean for a street person and looked to be his own, not donated or from a second-hand store.

Wade previously earned $125,000/year doing contract work and consulting for oil patch companies in Saskatchewan.  He was a mentor. “I had it all! I had a wife, cars and bikes, you name it!” Then, he went to Alberta to work for a friend and “things fell apart”. Now, he had no job, a divorced wife and nothing at all. His unemployment insurance had “run out”. He hoped to get an extension and get back on track. I nodded, and said,” This is just temporary.”

He lived on the street for a month but “it’s not going to be forever”. He stays in touch with his mother but doesn’t burden her with his problems. “This is my issue.” He was waiting for a friend now, going to help him out.  Says he likes to help people.

A young man came by, asking, “Trees? Trees?” Wade shook his head “no”.

We asked if “trees” were cigarettes. He told us they were Tylenol 3’s.

A drunken man came by and Wade introduced us as “fine ladies”.

A group of four men rounded the corner, and I started to feel uneasy. Outnumbered. I mentioned we should go see the shelter. Lisa’s husband would be worried, wondering why we weren’t back yet at the hotel.

He mentioned there’s bad with every good. That the shelter, for all the good it did, also had a few questionable staff members. He knew a situation where steaks where donated and yet no one was served steak. I figure there are two sides to every story. Perhaps they used the meat for beef stroganoff? Or froze the steaks?

“I’m not going back there. Not tonight anyways!”

Lisa and I both shook his hand, wished him the best and headed towards the shelter. It was getting late.